Hope you have been doing good!! :)

From 22nd to 24th of September, we all had to attend something called Mid-term training. Has we told you before in the beginning of this project we had On Arrival training. This was more or less the same. It was also provided by the National Agency and there, we made an assessment of what has been going on in our projects and what future prospects we can expect after EVS. 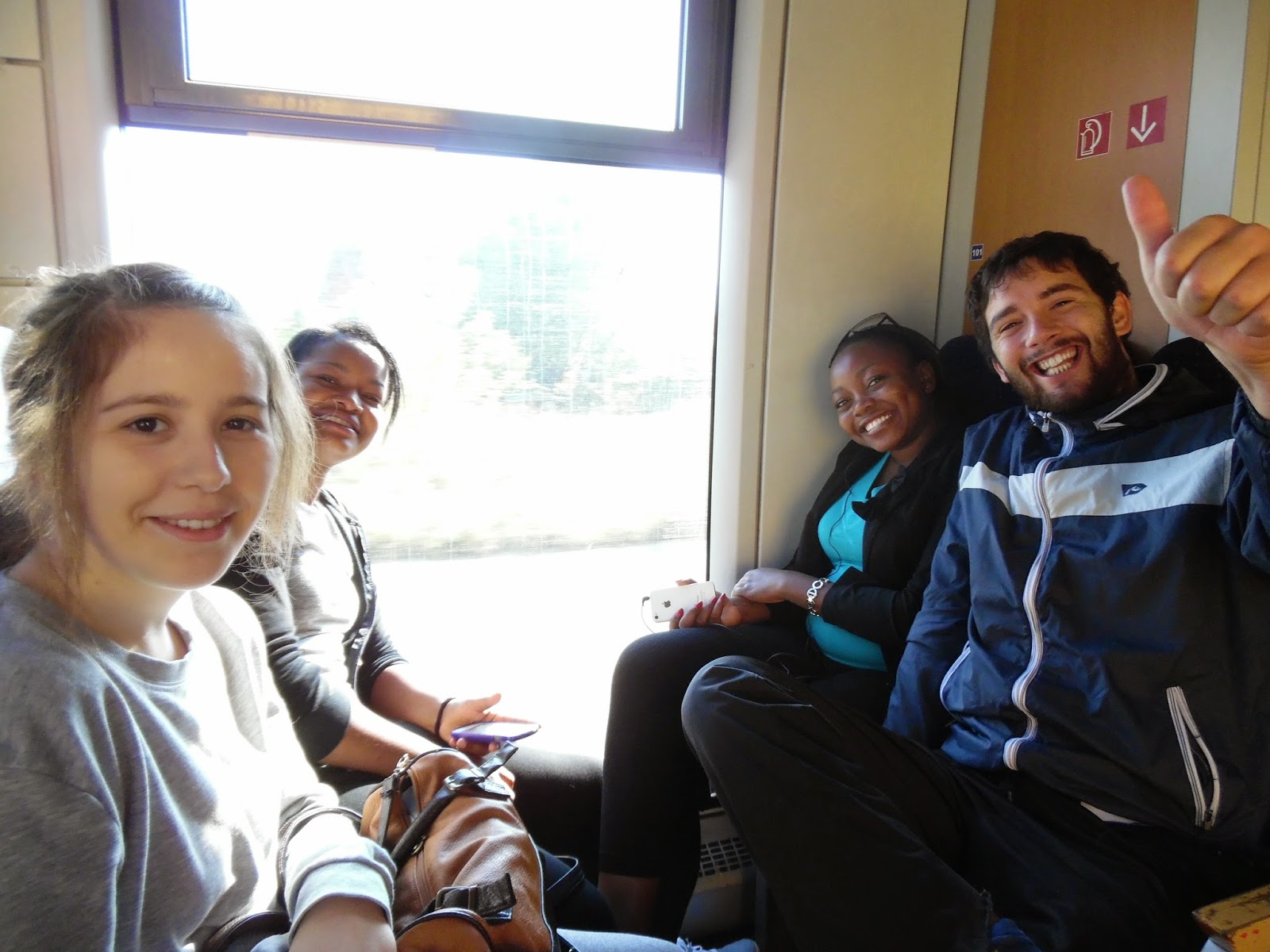 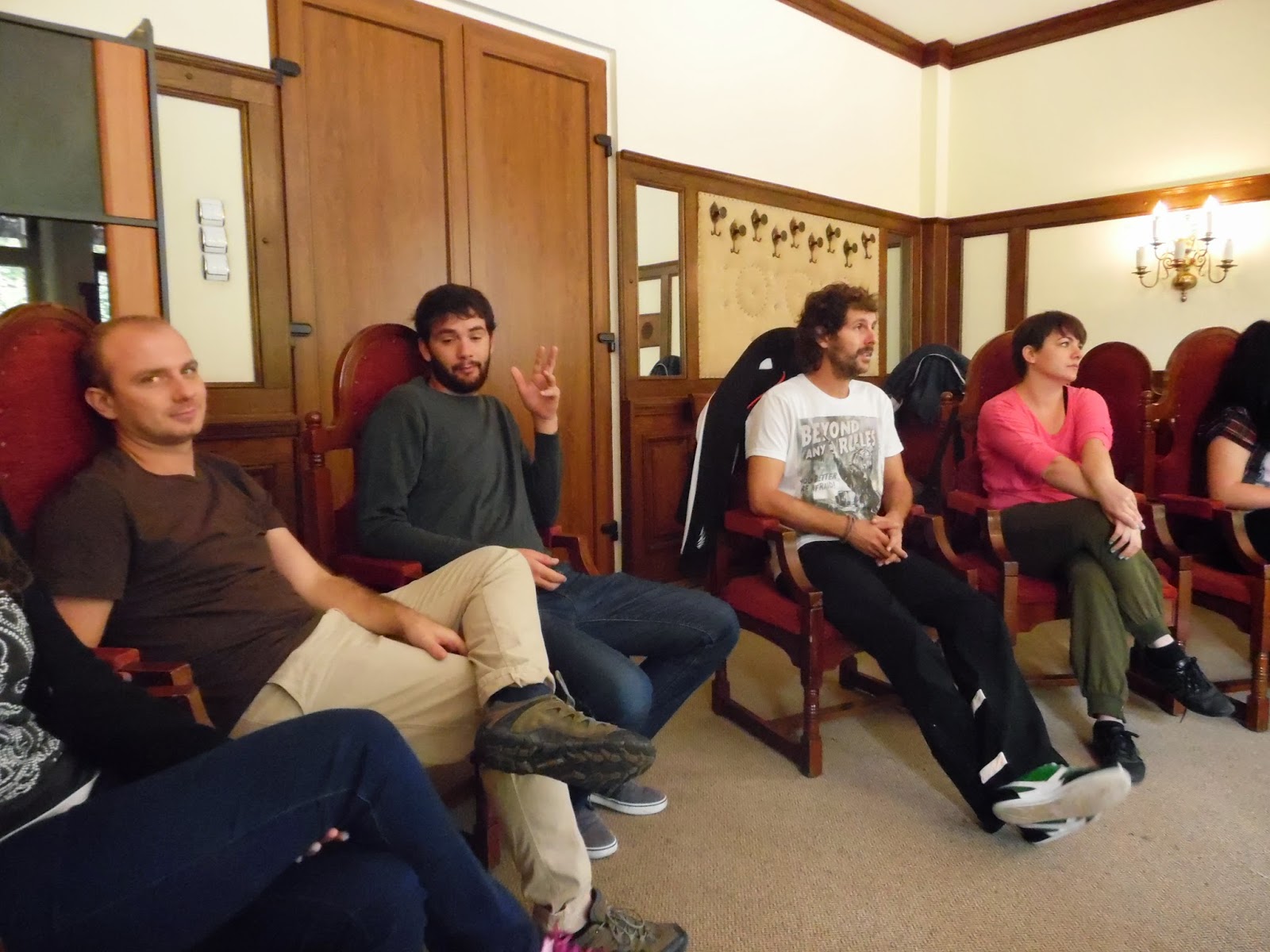 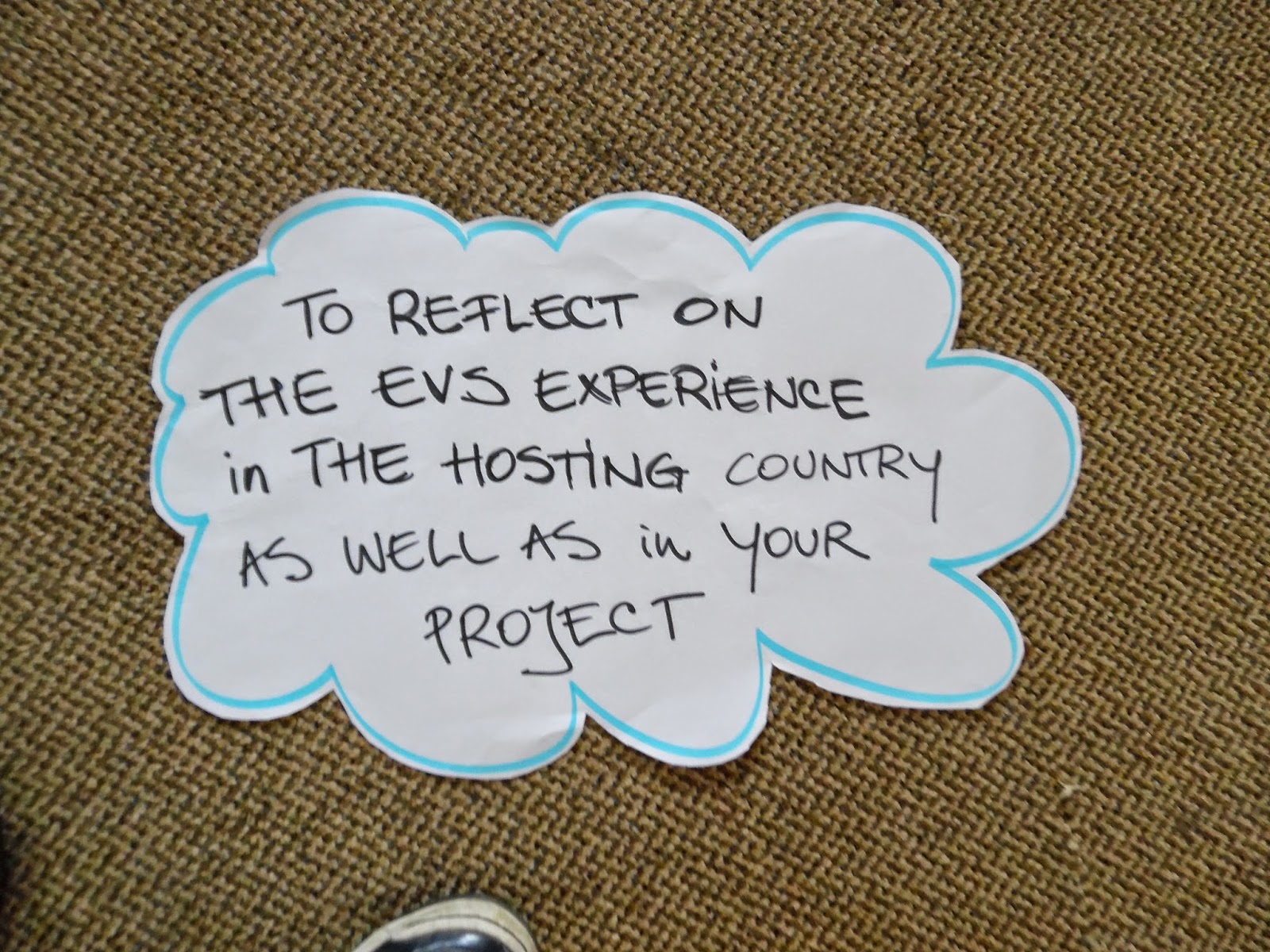 On the first day we evaluated the past. How the project have been going and what has been done so far. We noticed that we have had a very nice experience so far. Of course with some problems because nothing can be perfect. But for sure the good outshines the bad. 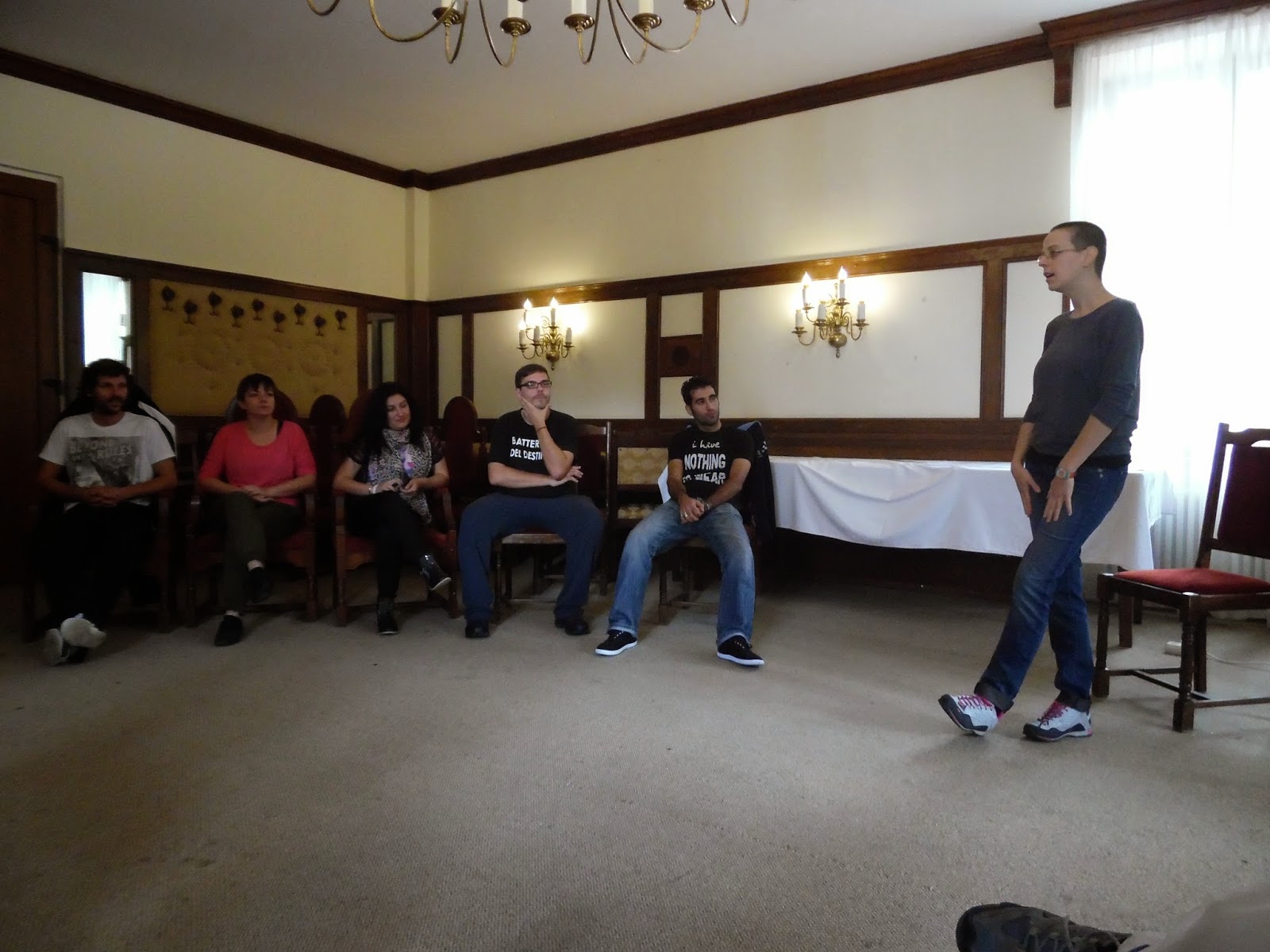 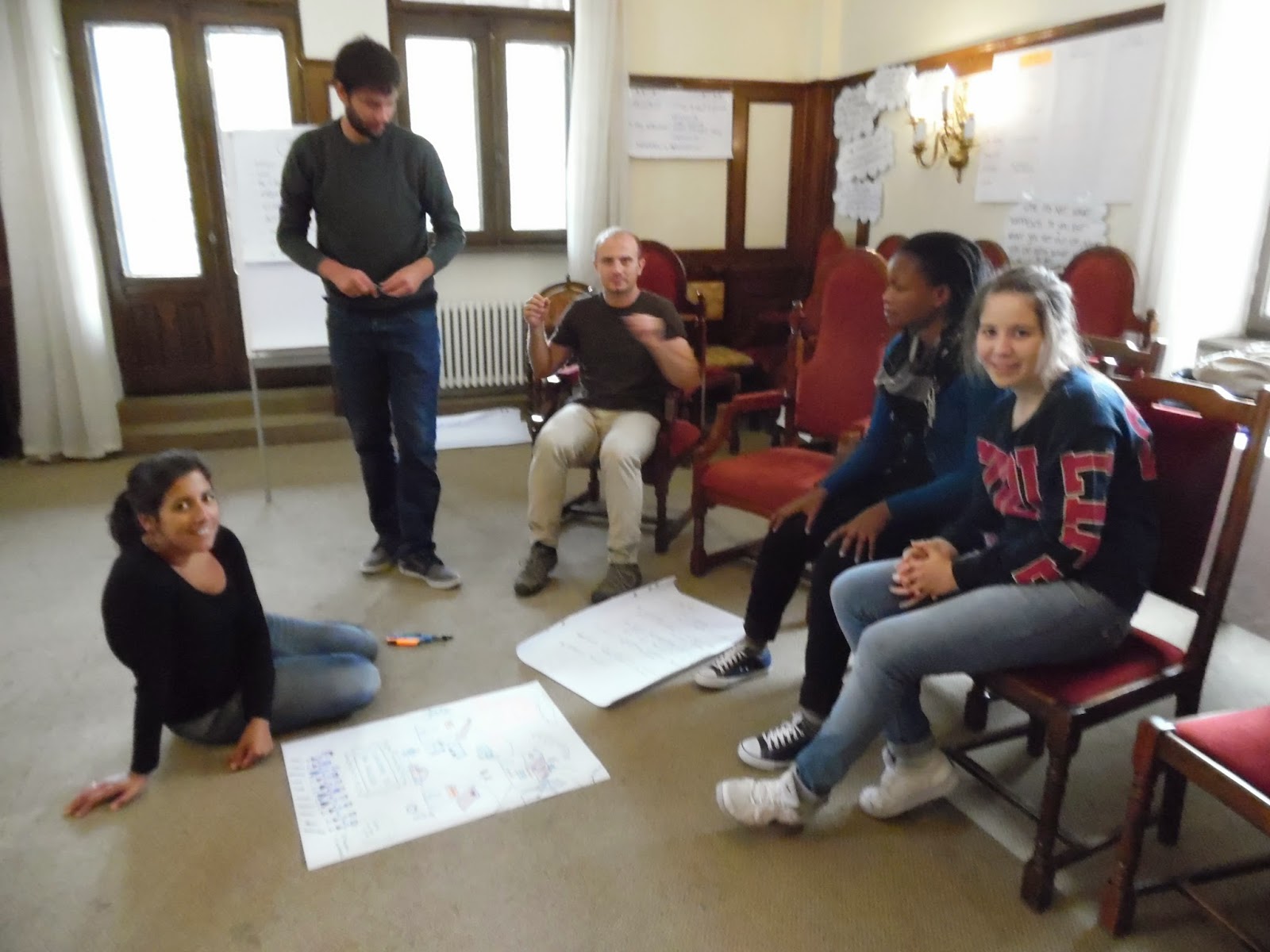 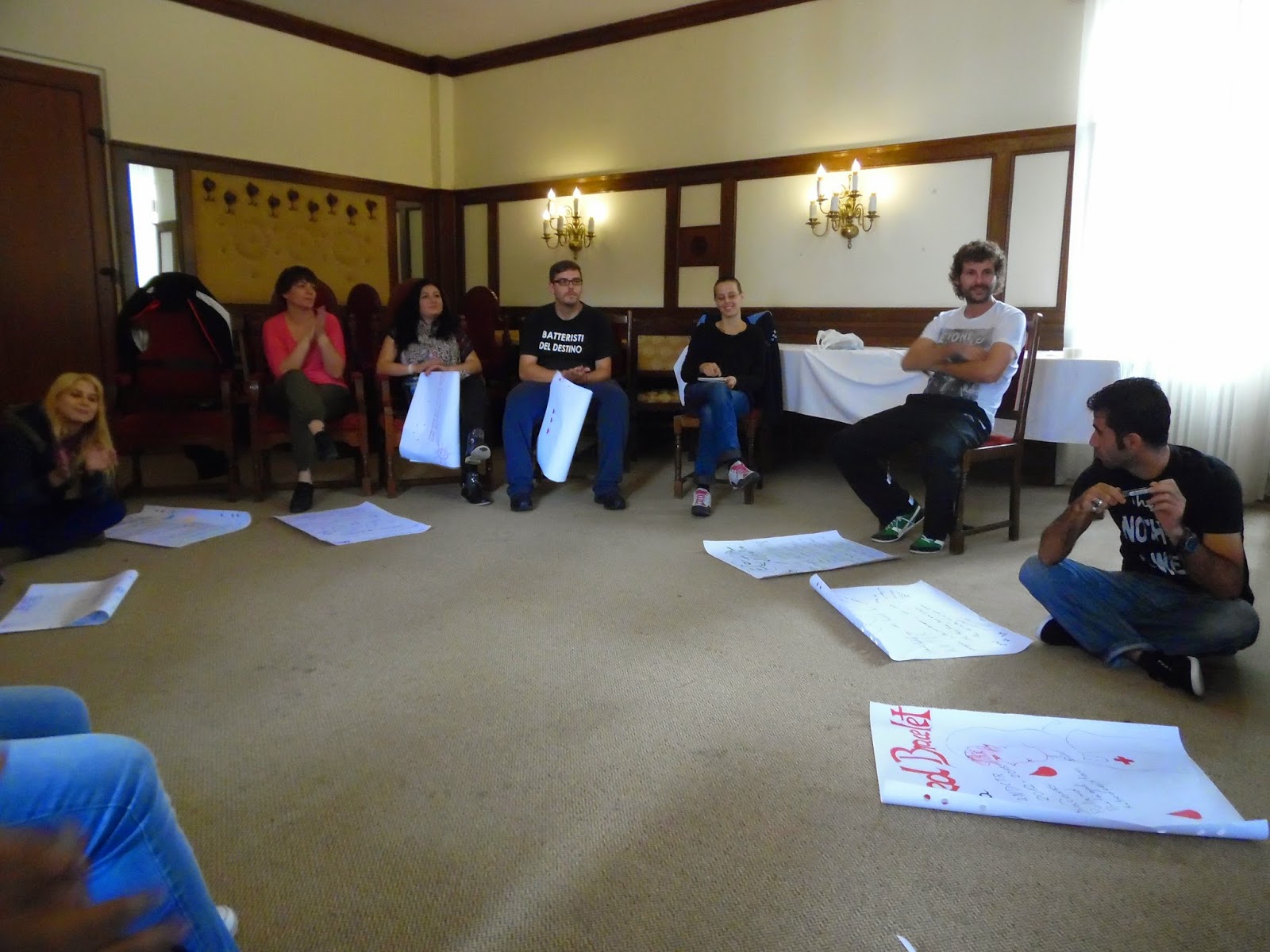 The second day of training we talked about the present. What are our current challenges and what we can do to solve them. We had a great time with our trainers and really discover a lot about each other.

The third, and last day of training was to talk about the future. What we can do reach our objectives withing the project, but also what we can expect after EVS. The opportunities that await us. 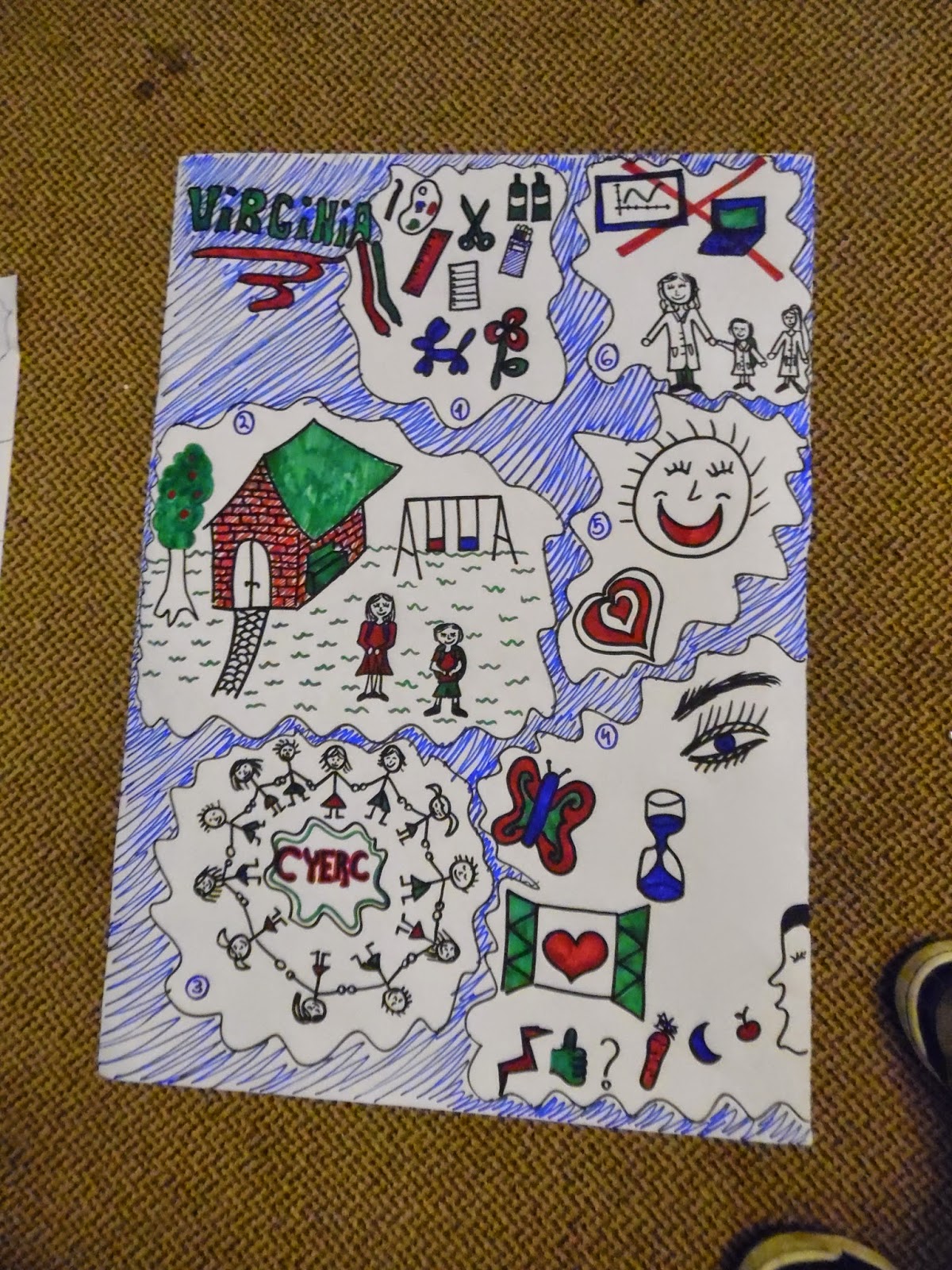 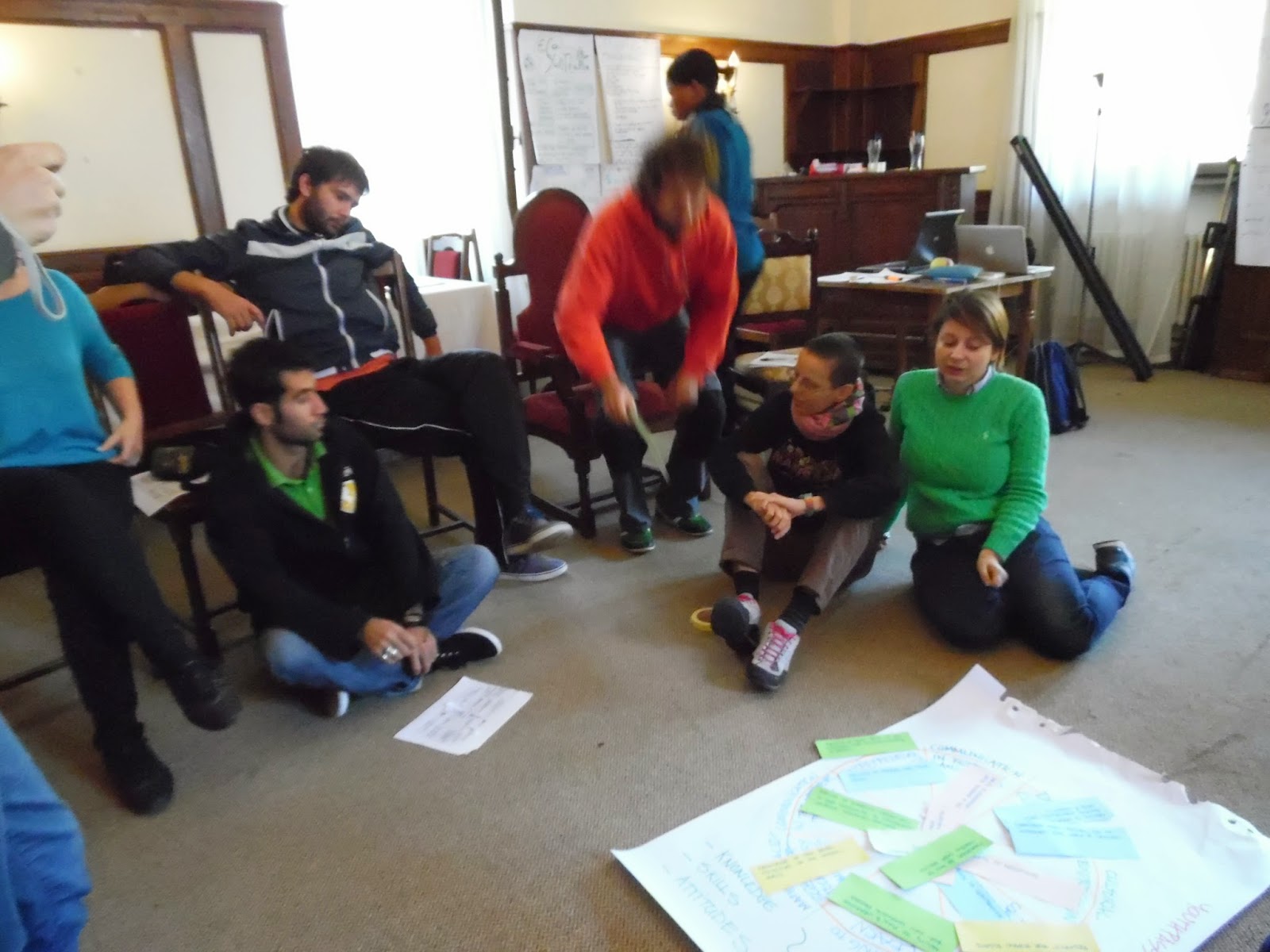 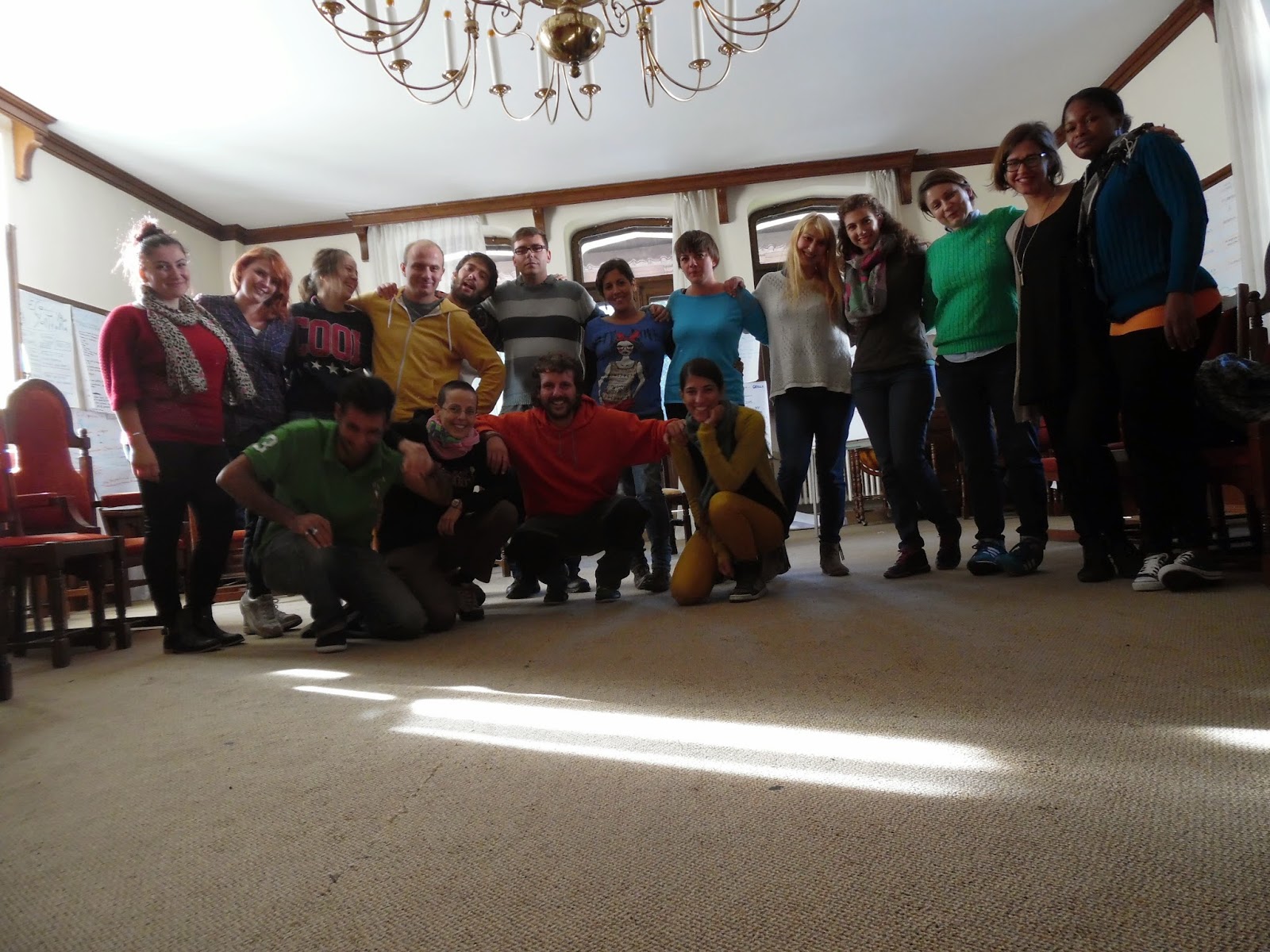 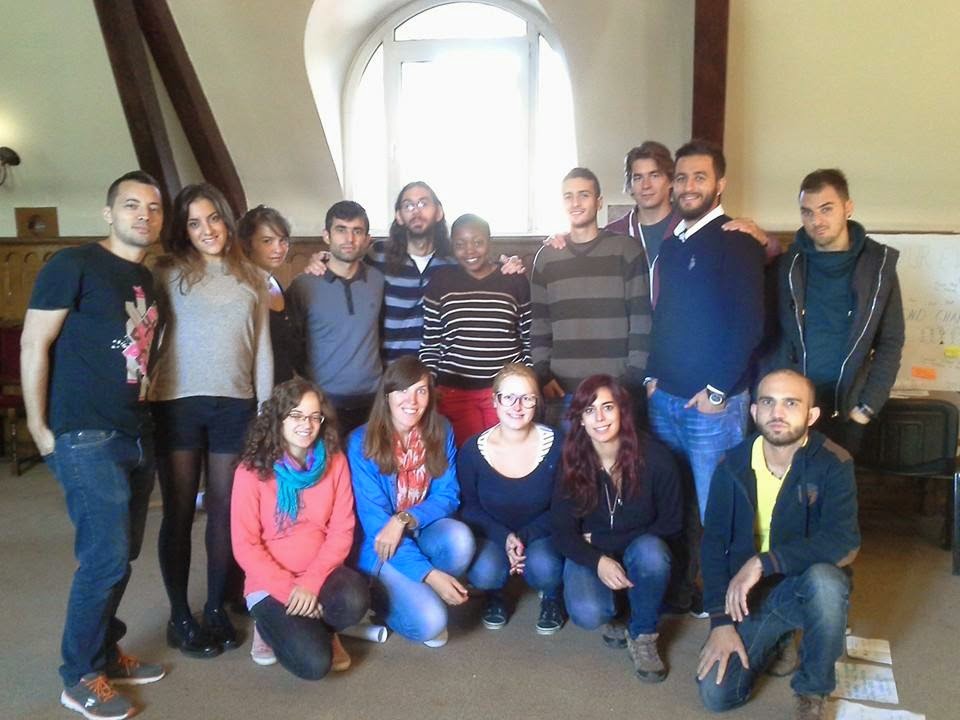 Of course these days were not just training. We had a great time meeting everyone, more or less 30 volunteers from other cities in Romania, and also the trainers.
Every night the hotel had traditional singers performing specially for us. We were really honored. 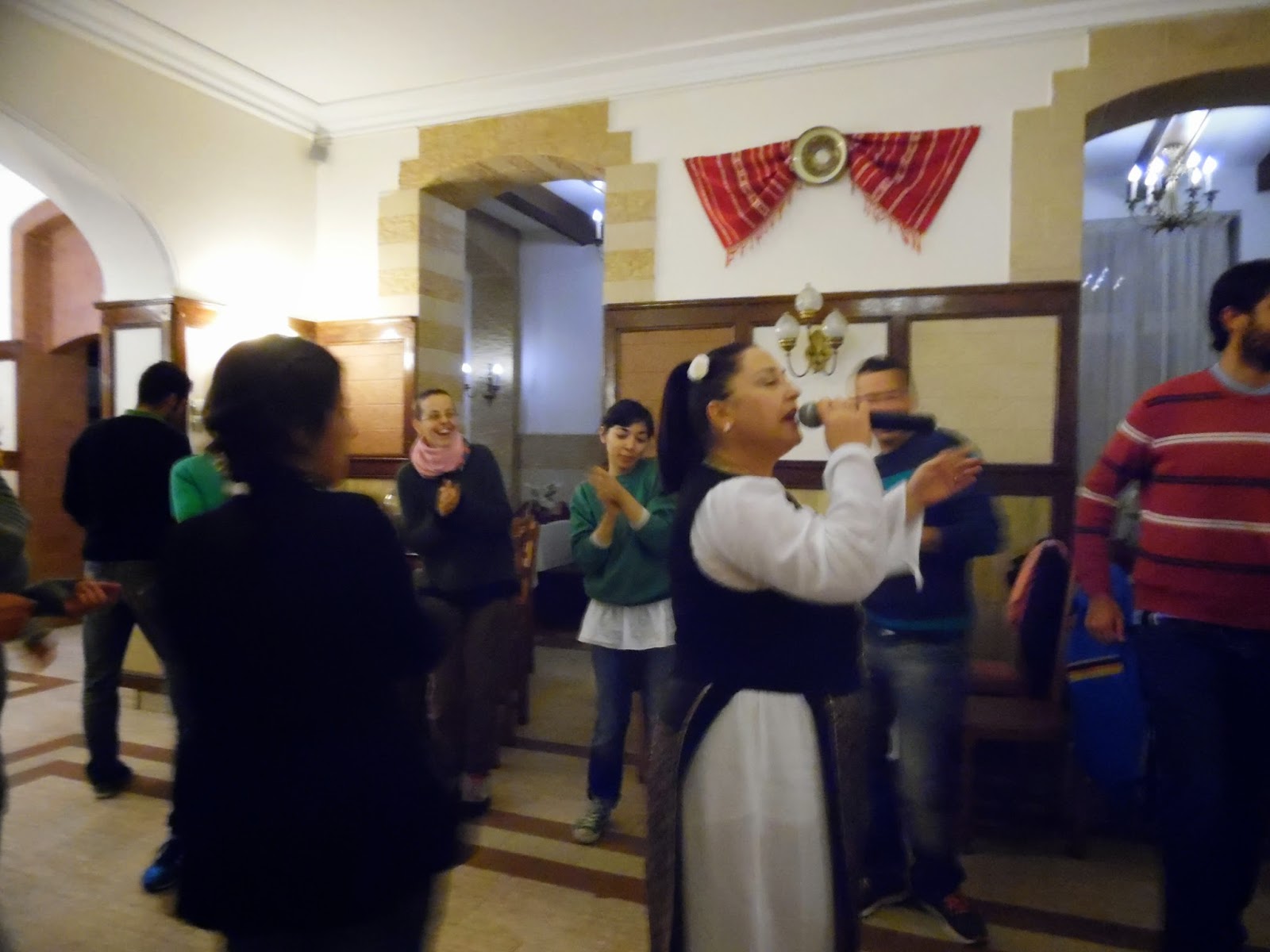 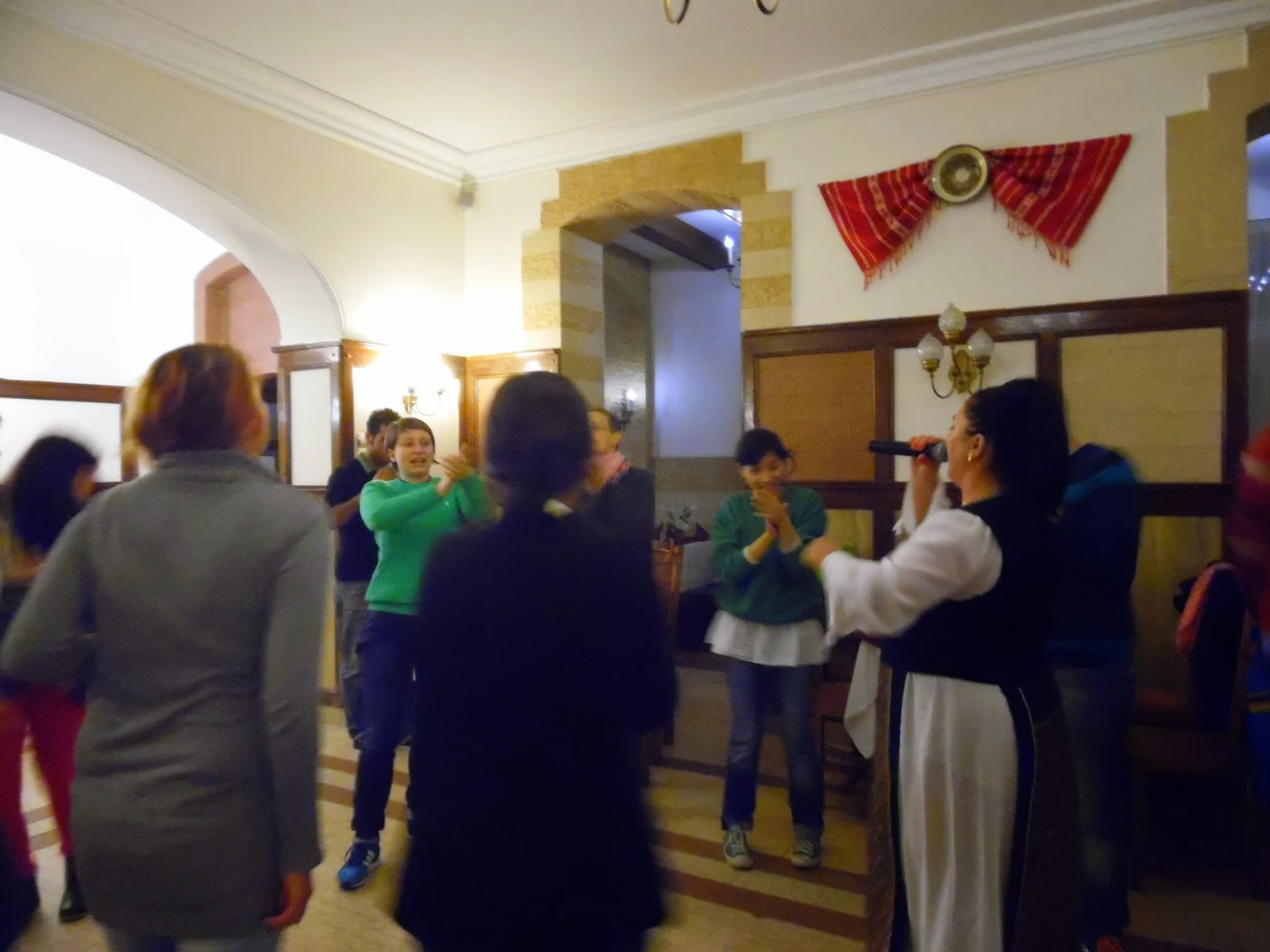 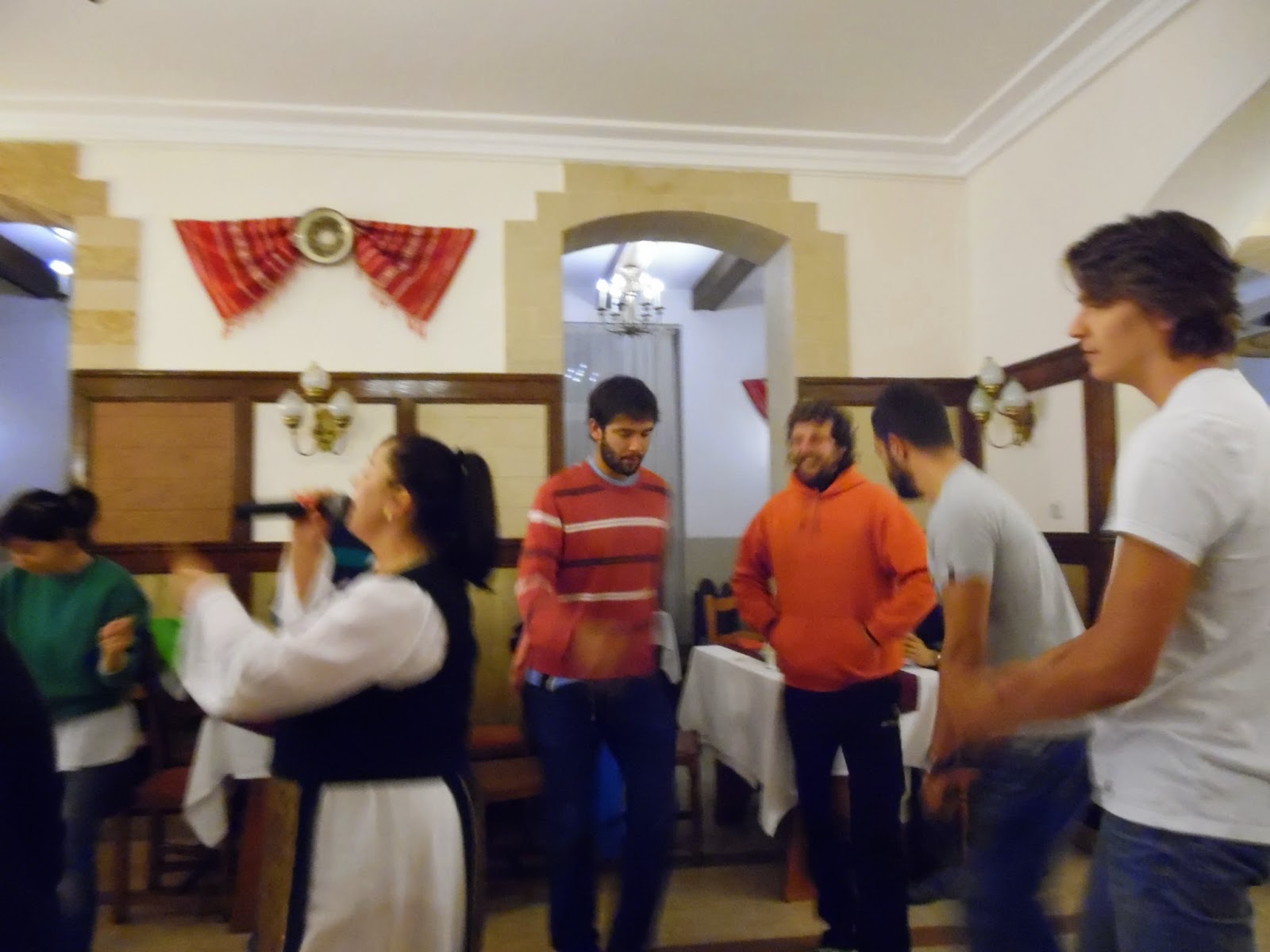 We discovered that some of the volunteers had really nice dance skills. We had a lot of fun.

This training helped us improve ourselves and gave us motivation for these last 4 months of EVS.

Here we also realized the our time in Romania is almost over and that soon we all will be going home. Which leaves us sad. To accept that is also one of our tasks.

It was great to meet everyone and spend these days with all of you.

You are all welcome in Rm. Valcea. Hope to see you again. :D

Posted by Unknown at 3:28 PM No comments:

On Monday 8th of September, we had an opportunity to participate in the "Transnational Innovative Practice for Mentor Teachers". This was the first edition of the International Symposium about Mentorship and it took place in Antin Ivireanu Library in Ramnicu Valcea. 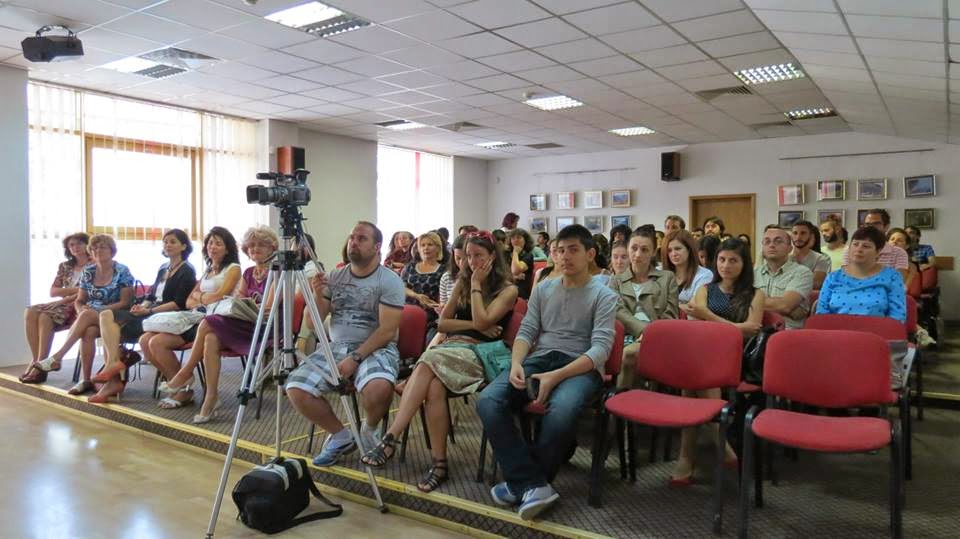 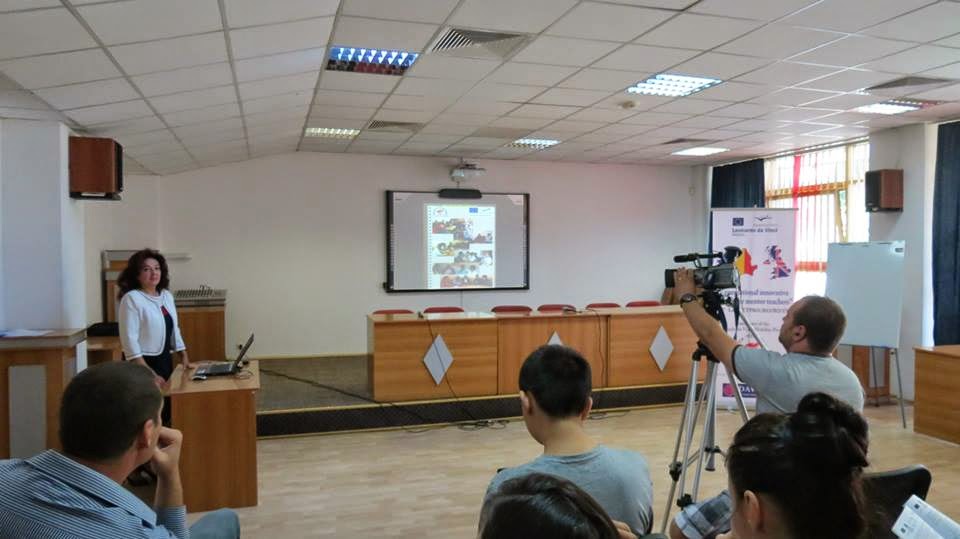 We were required to present short articles about Mentorship that reflected the experiences we have had with our mentors as volunteers in Rm. Valcea.
The symposium also gave us the opportunity to listen to presentations from professors teaching at local universities and their thoughts on the subject. 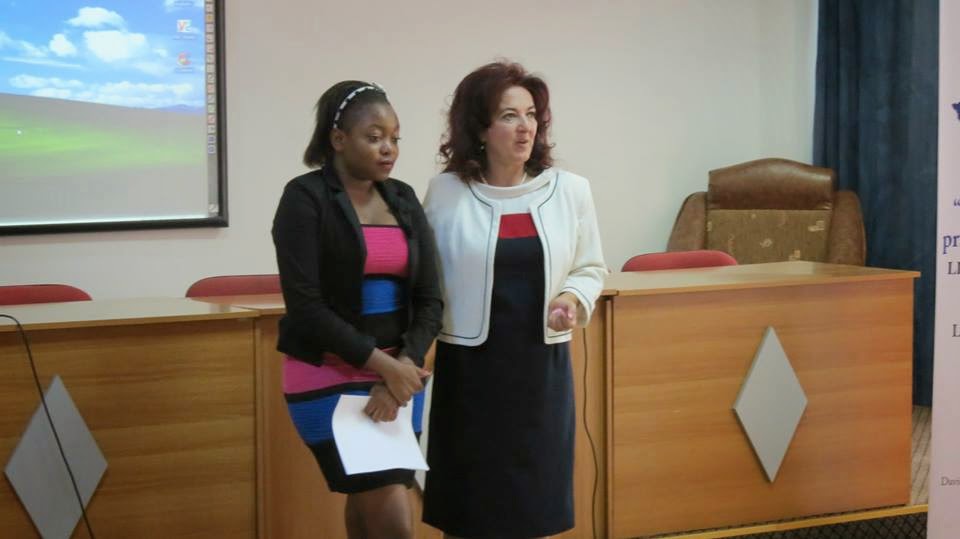 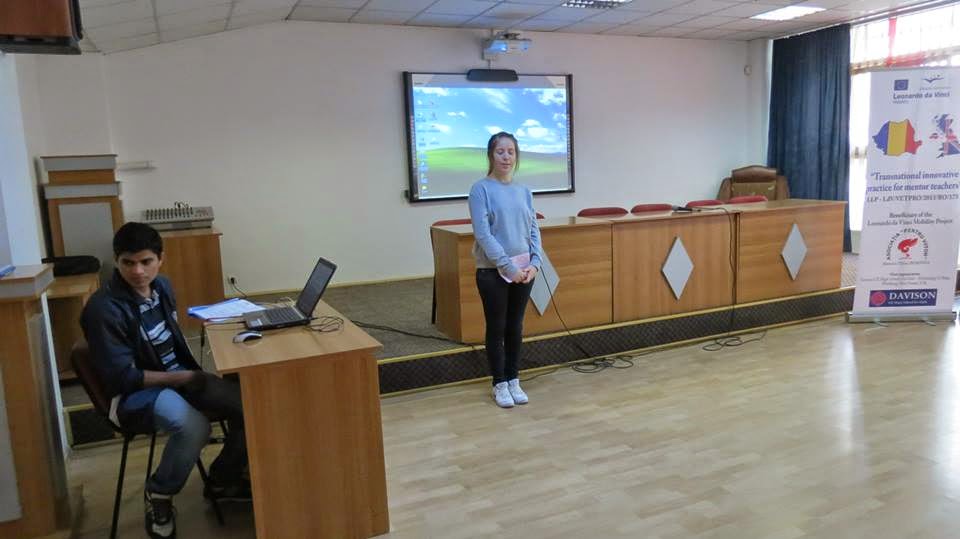 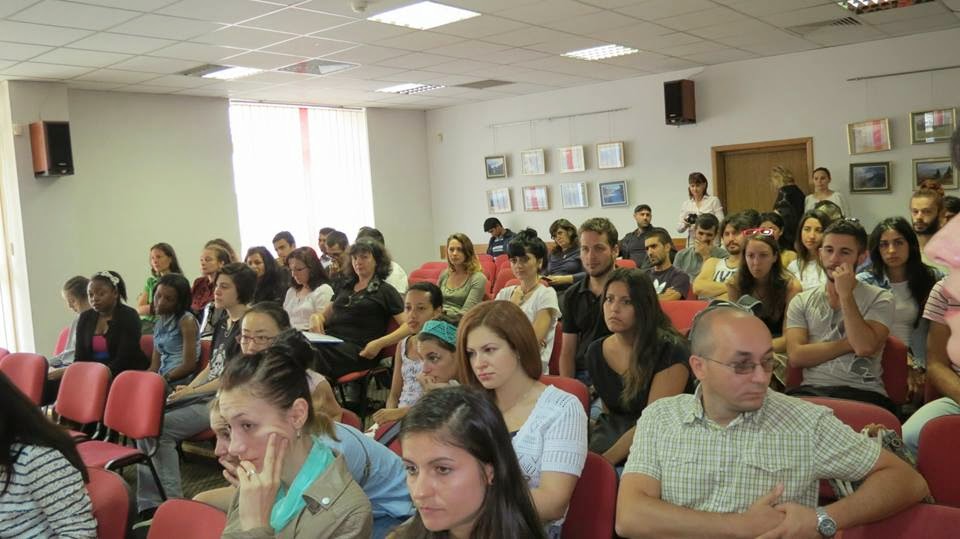 Our view on this mater has indeed changed greatly as so much light was shed on the roles of a mentor and how this can help transform a whole society if implemented well.

A mentor can be anyone, a fellow peer or a person with a lot of experience in a certain field. Or merely someone with great wisdom and knowledge on a particular subject or environment.

An example of this would be us as volunteers and how we build each other's weaknesses and create one strong group; for instance in language classes. 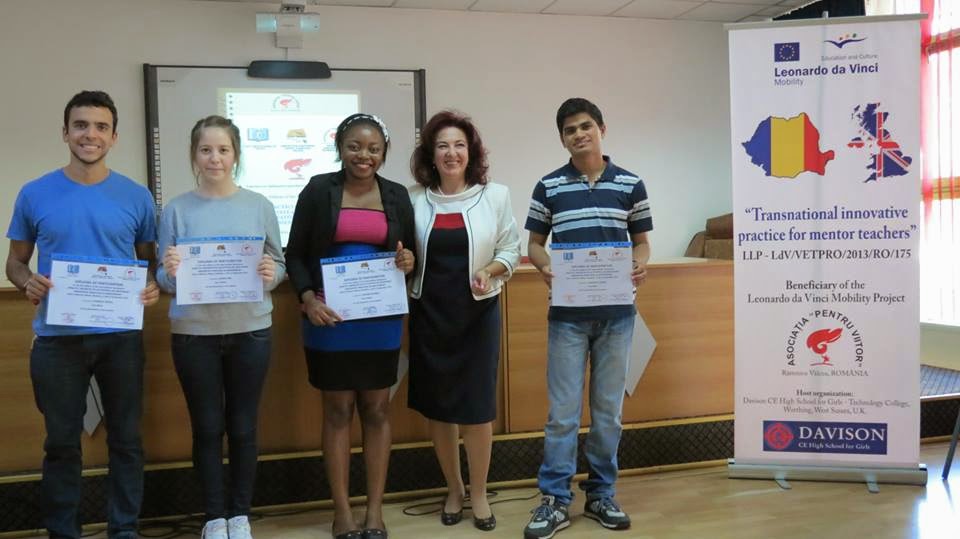 We were very honored to participate in the symposium and are very thankful for the invitation.

Posted by Unknown at 7:34 PM No comments:

Treasure Hunt in the Roma Community

This week was quite full of experiences. Our task was to do a treasure hunt in the Roma communities close to Ramnicu Valcea.

We went to the two communities that we were more familiar with, Goranu and Colonia Nuci. 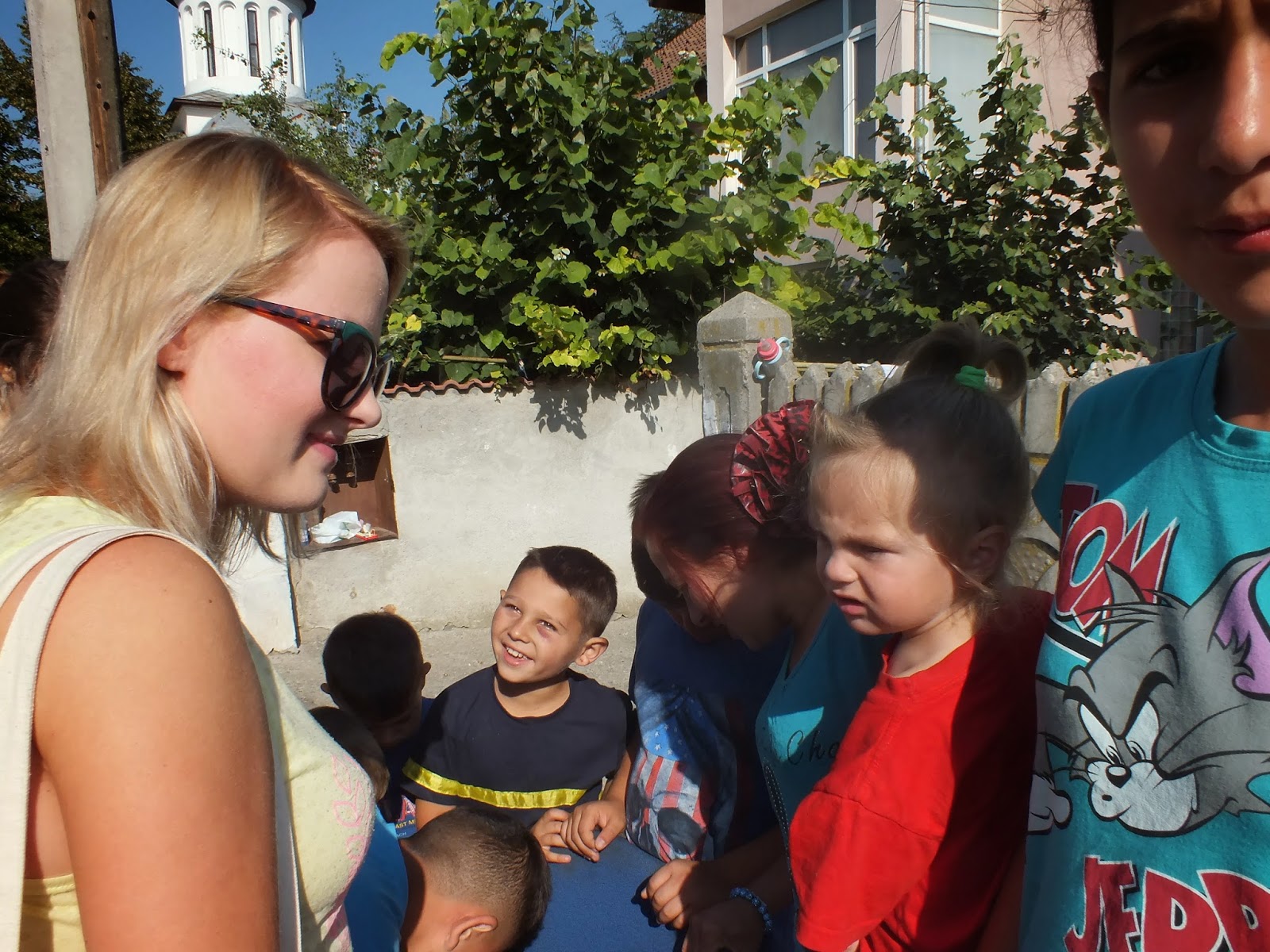 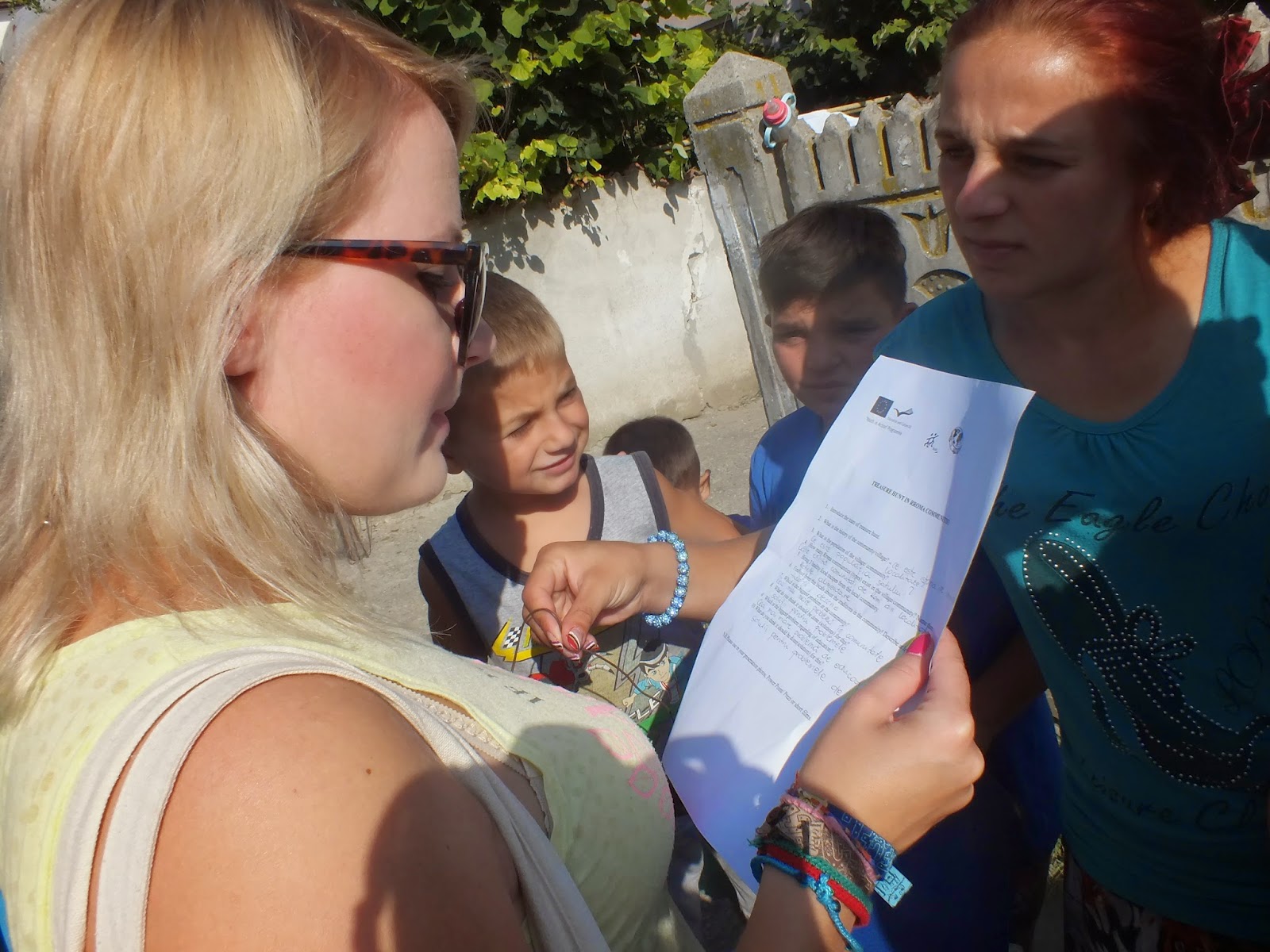 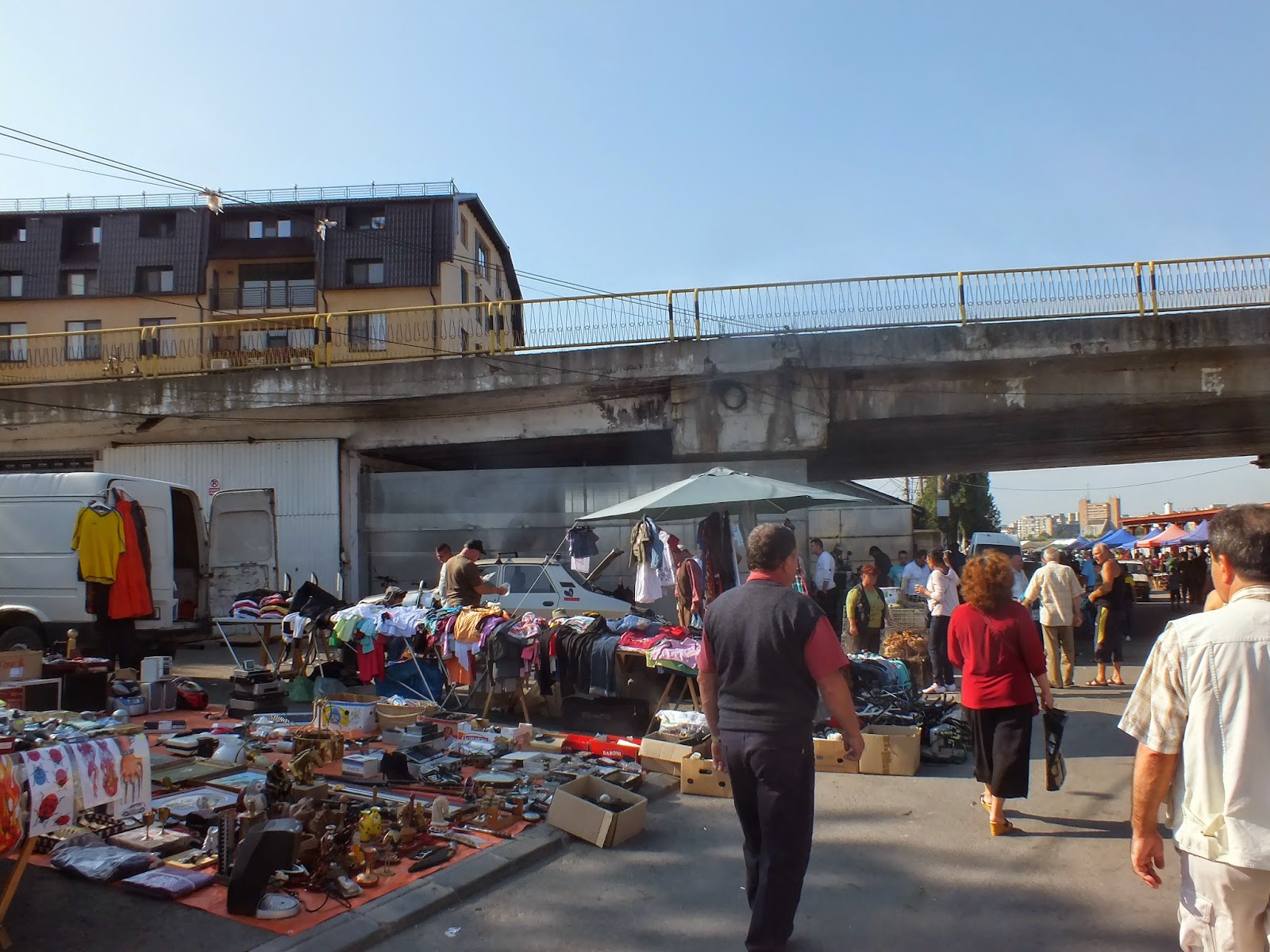 We had some questions for them. We had to try and communicate with the people in the village. At times it was hard because there was a language barrier.we didn't speak Romanian and they didn't speak English. But somehow we managed to get some of the answer we needed.

We found out that the first family moved to the village 20 years ago and has stayed ever since. And that around 5 Roma families are currently living in Goranu. They work as traders as you can see in the picture above. It shows a typical market day in the village. Some of them also work as truck drivers, crossing the whole country and going outside of Romania also. 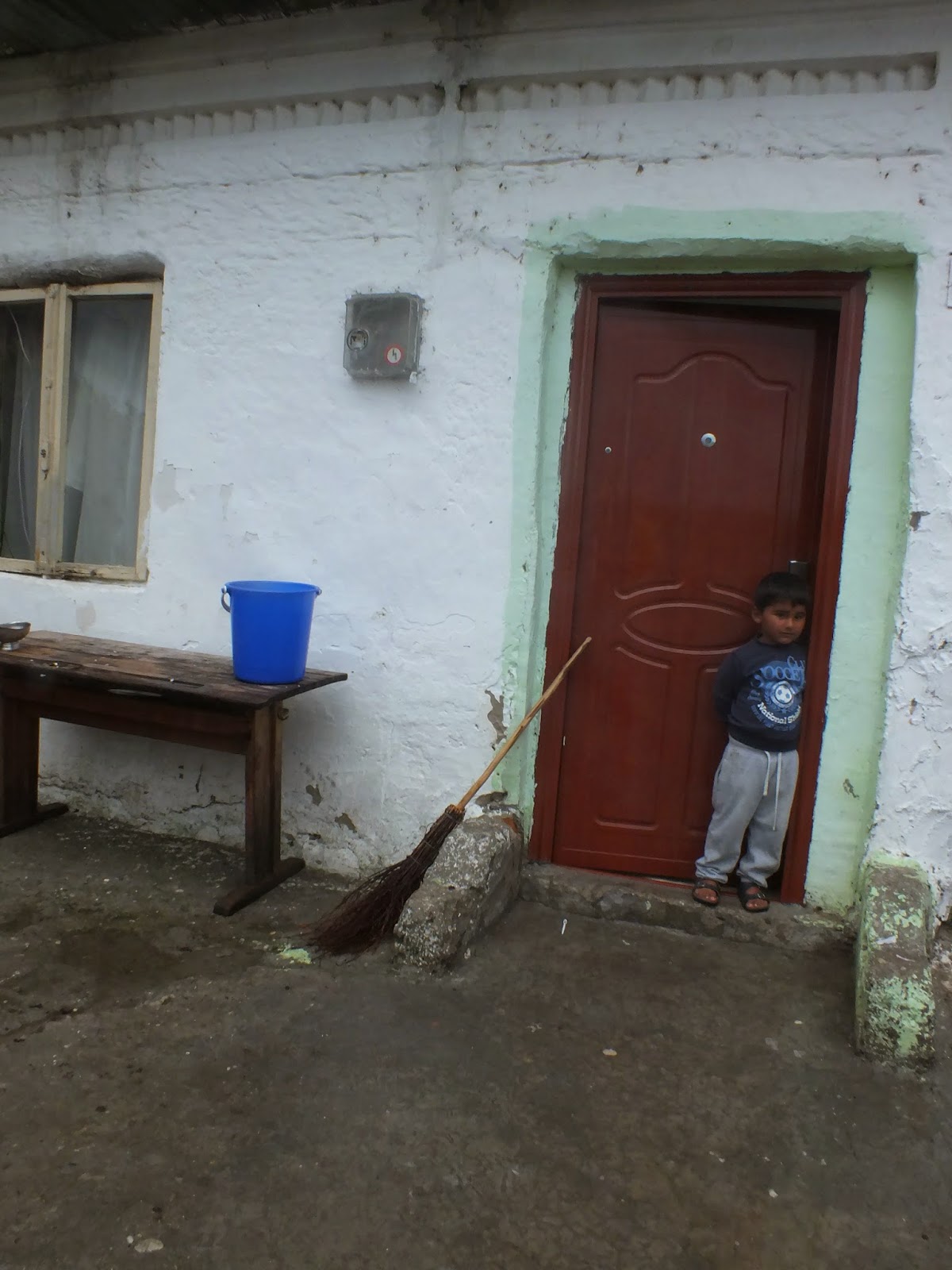 The house of Helena, the girl that explained most of the traditions and gave a very honest response to our questions. 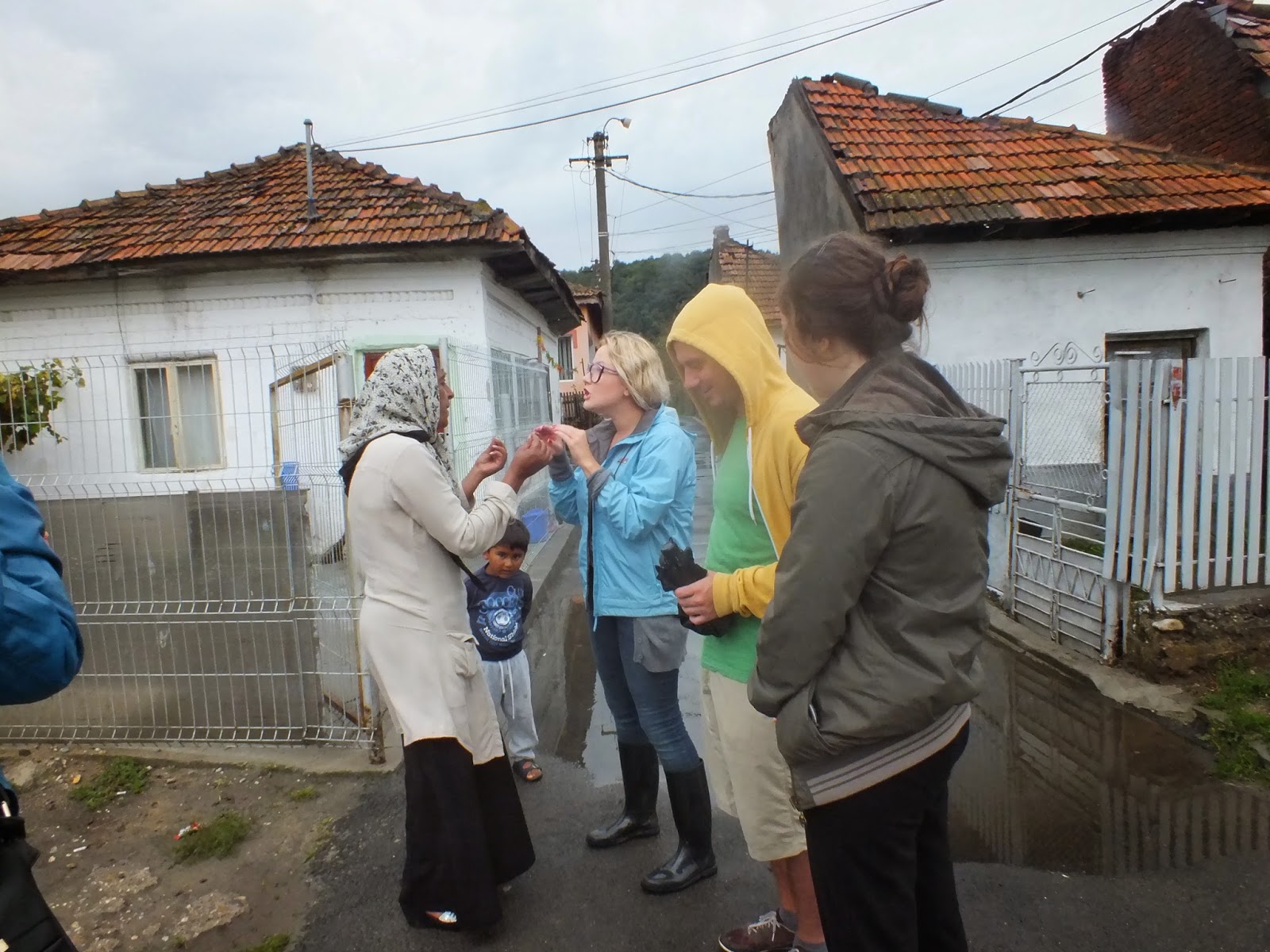 No they are not fighting ;) 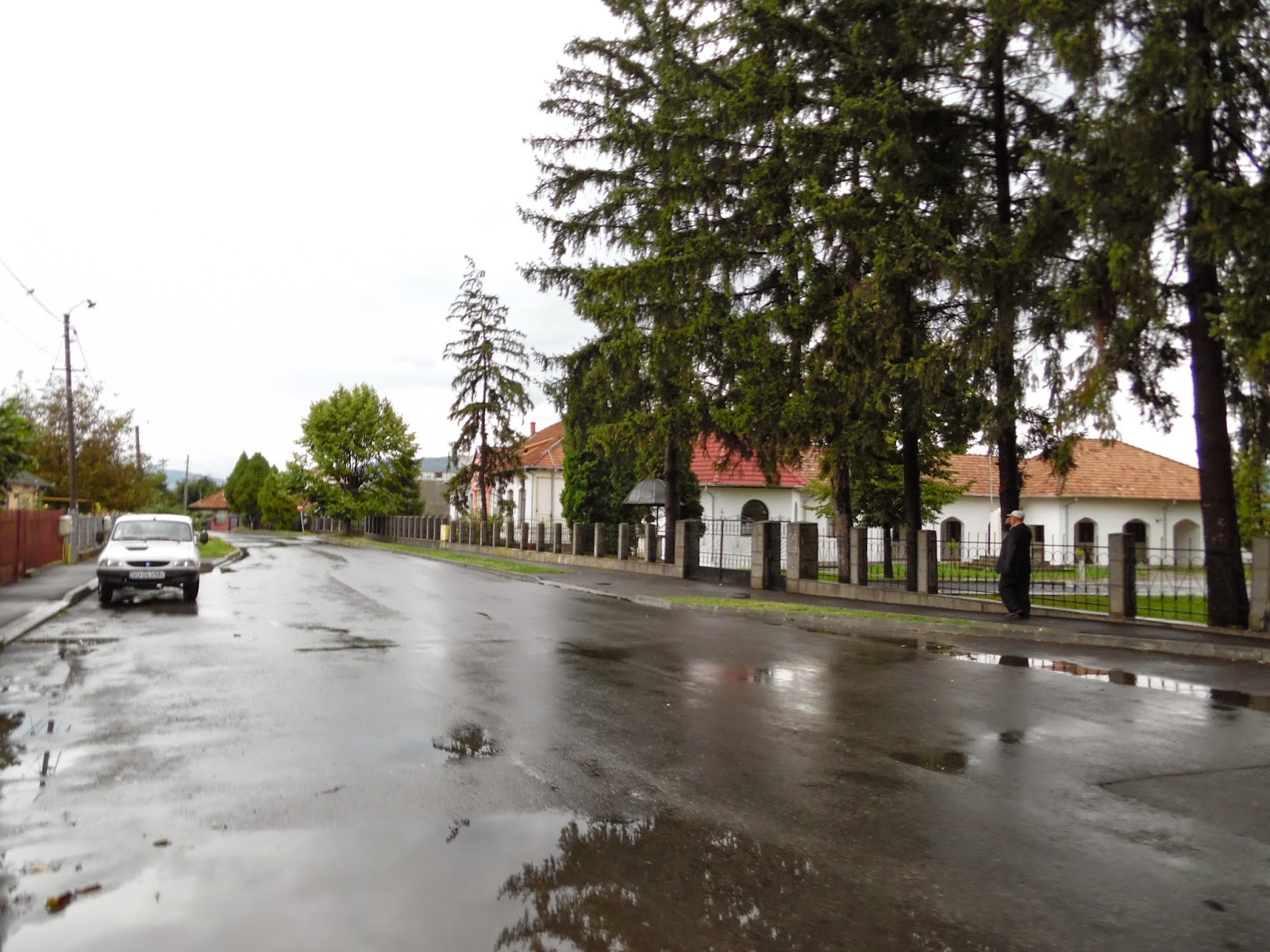 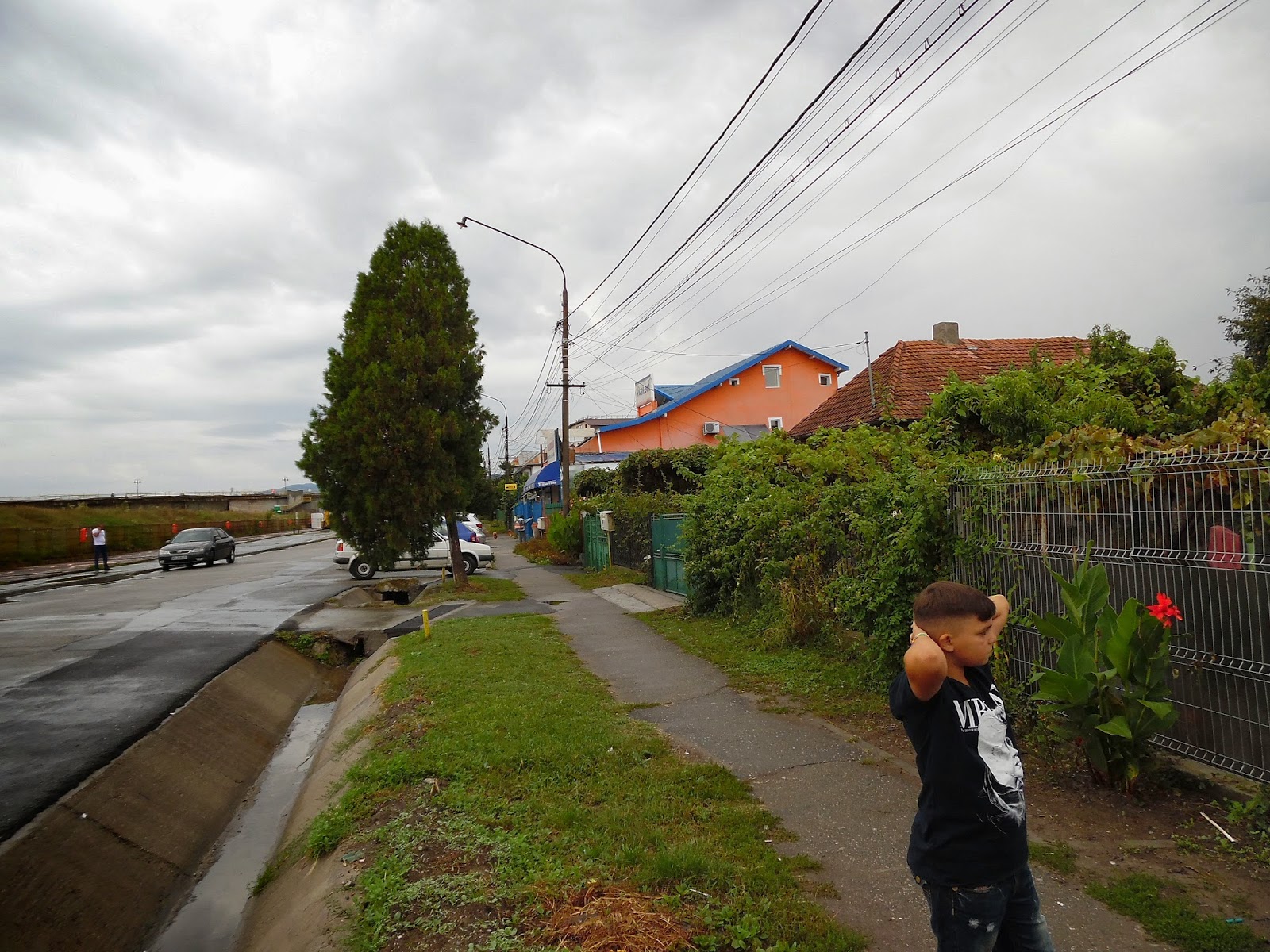 Our little guide in Goranu

It was very hard to discover some of the traditions and cultural customs. The girls are married very early, and most of these marriages are arranged by the parents.
They were worried about the lack of jobs and about the violence in the village. When asked about what were the biggest problems those we the answers, along with the discrimination.

We also asked what were the biggest issues regarding education. Again discrimination was one of the biggest problems. 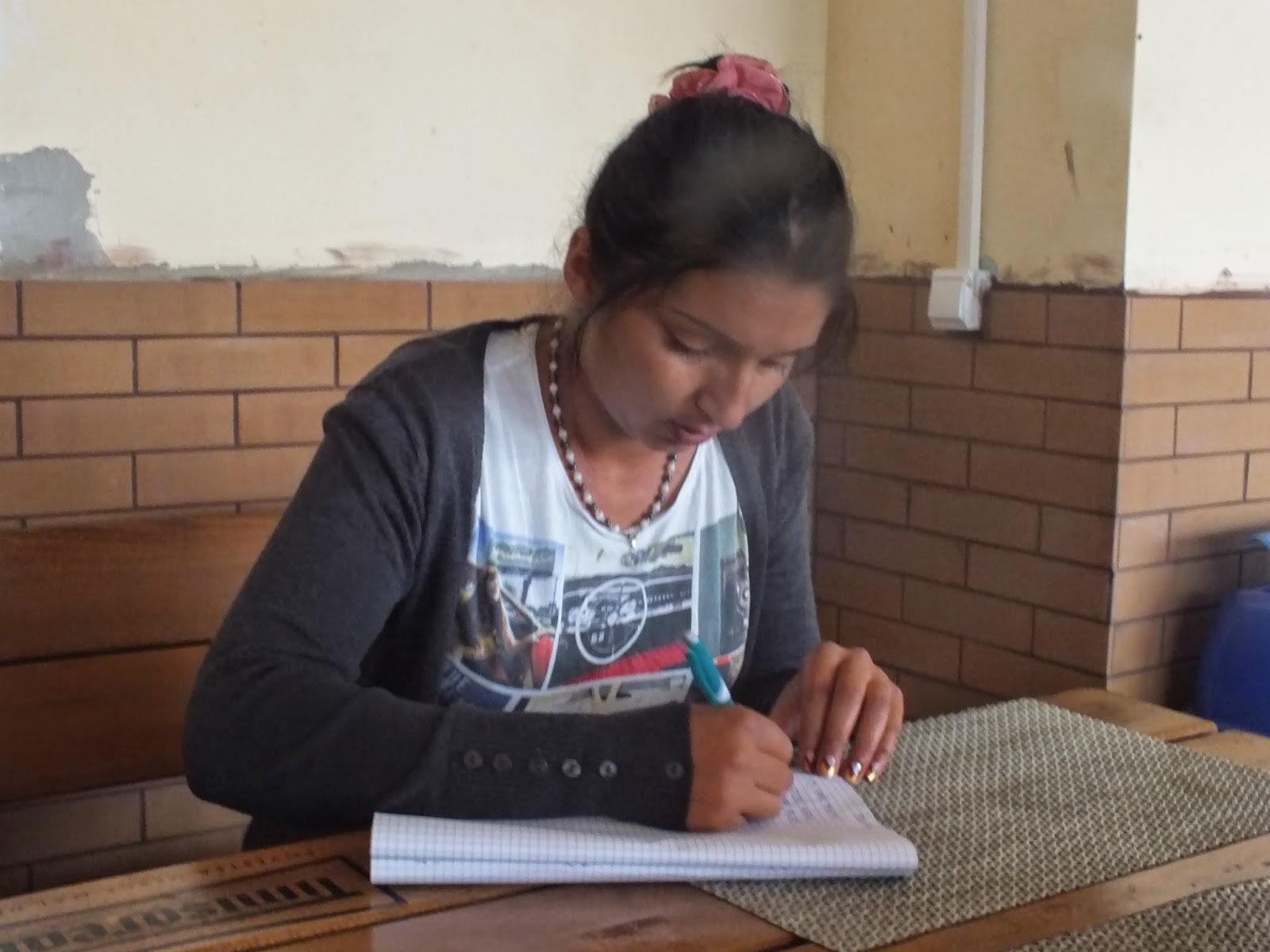 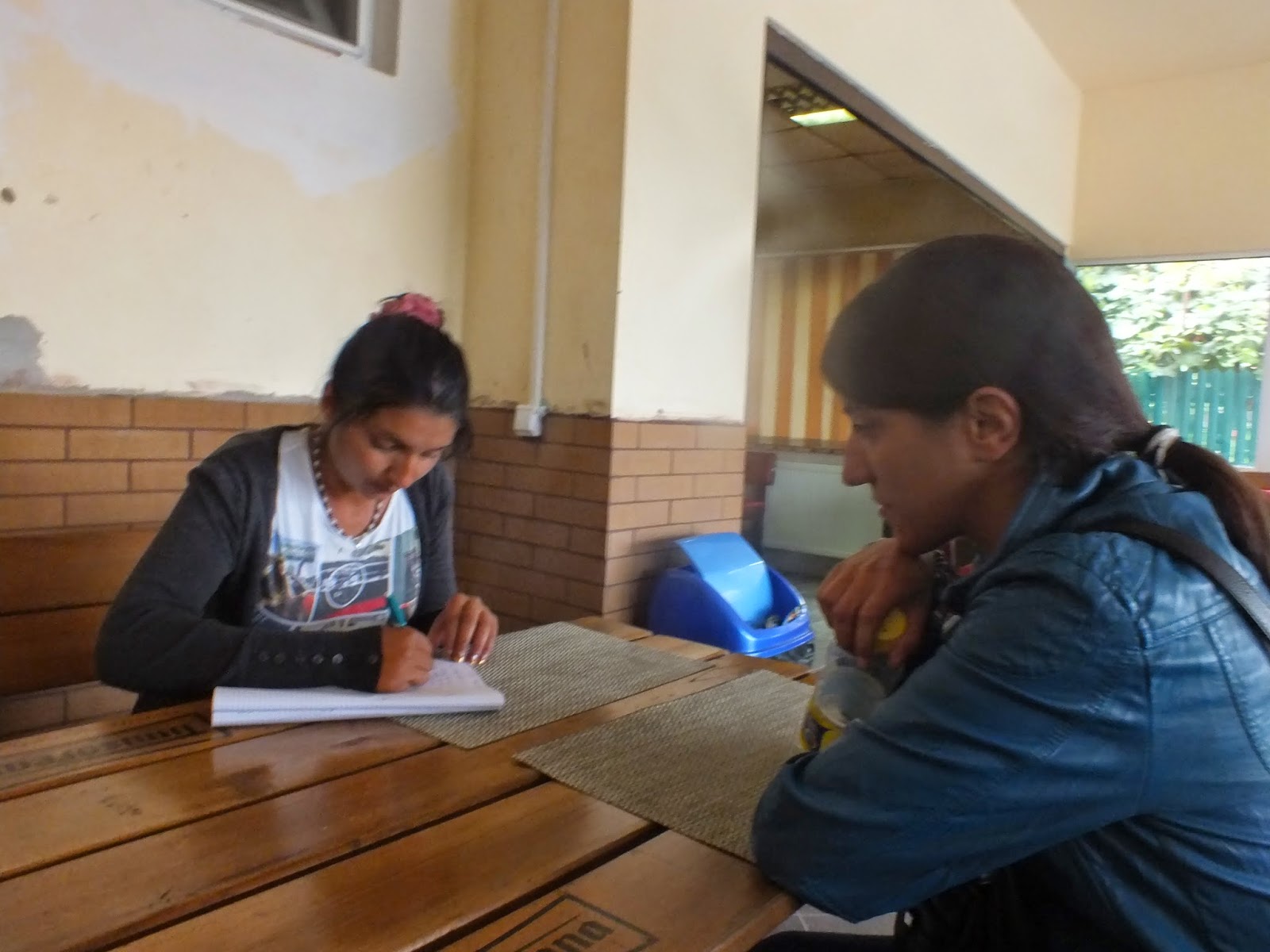 We asked Helena to write us 3 typical Roma recipes. She gave us Sarmale, which is pork meat with cabbage; pork in the spit, that's well pork in the spit; and crema de Zahar, sugar cream with caramelized sugar on top. Sounds very good.

It's hard to understand what moves these communities, how they operate and why they always keep to themselves. Is it really discrimination or they actually want to preserve their culture and traditions? We believe it's a bit of both. Like in all societies there are some that would like to be completely integrated in the Romanian community and other that don't.
It's hard sometimes to accept some of their traditions and label them as such. Where I come from arranged marriages are a thing of the middle ages, nevertheless for them is completely normal.
The payment given by the grooms family to obtain the bride for us western countries is called women objectification and trafficking, but for them it's tradition.
The place of the women in the Roma society is also something that in occidental countries is seen as a breach in women rights, but in their community is the norm.

I know these are all hard questions to discuss, but we did came to this project to try and address them.

Give us some feedback, what do you think about this topic.